Part of the extensive health development in Adelaide, construction of the Adelaide Medical Nursing School (AMNS), is underway with the $130 million project set to be complete by February 2017. Contractor Brighton Australia has been tasked with delivering the nursing school and is working with builders’ Lend Lease and Lyons Architects. Rondo was called upon to supply our market leading Seismic Wall and Ceiling Systems and full technical suite of Rondo design based on the projects requirement to meet Level 3 category seismic design. 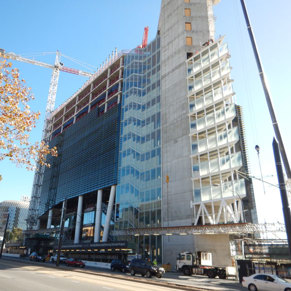