Guaranteed Luxury At The Intercontinental Hotel

Together with Architect; Woods Bagot; Builder; Built and Ceiling & Wall Contractor; Future Carpentry and Ceilings, the project was completely re-designed. The former 17 floor hotel was gutted and reduced back to the base building and then rebuilt from the inside, with only the windows and walls retained. Now with 240 rooms, the new 5-star Hotel definitely suits its surroundings, situated amongst Perth’s high-end brand shopping precinct. 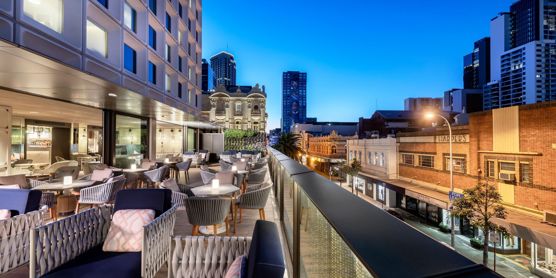 Rondo worked closely with Future Carpentry and Ceilings to meet the project requirements on time and were chosen due to our strong 15-year relationship. However, the $70 million re-development wasn’t without its challenges, for instance, the speed by which the building went up meant there was no time to waste. While speed is usually a positive trait in the construction industry, as it usually means you stay on or ahead of schedule it can also be tricky to keep up with.

In this case, the contractor had to work full steam ahead to keep up with demand. This is where Rondo’s efficiency and technical support enabled work to continue with as little delay as possible. Clear and consistent communication from Future Carpentry and Ceilings was integral, professional and extremely helpful to Rondo when forecasting demand and product requirements for this project. Containing four restaurants and bars, a club lounge and six meeting suites, according to Woods Bagot the redevelopment has definitely installed a new, “a sense of Perth” within the city.