The Townsville Hospital Able To Sustain The Cyclonic Weather 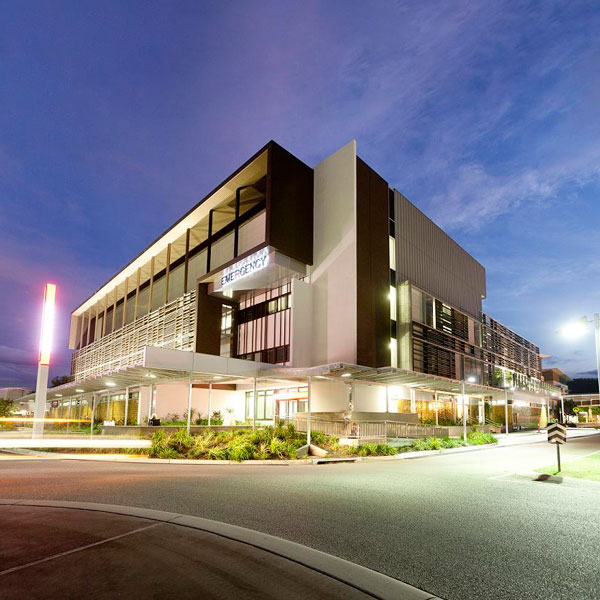 Building a new hospital wing in a high cyclonic area and keeping the original hospital wing fully operational at the same time, is no easy task. Builder, Thiess, and Contractor, CD Projects, worked tirelessly alongside Rondo to achieve this recently at the Townsville Hospital redevelopment project.

Rondo has so far provided over 10,000lm of various wall and ceiling systems, including Rondo Steel Stud Drywall Framing System, KEY-LOCK® Suspended Ceiling System and DUO® Exposed Grid Ceiling System. More complicated designs arose when it was discovered that the high cyclonic winds would affect the facade of the building. Project meetings between Rondo, Thiess and CD Projects meant that Rondo’s Technical Services team were able to design a suitable solution that would withstand the high wind loads.

The largest challenge onsite was the necessity to keep the original hospital operating 24 hours a day, seven days a week, due to the hospital’s emergency department. Operating theatres are sensitive to vibrations and the hospital needed to ensure these areas were secure in order to carry out surgeries safely. One measure undertaken to guarantee this was the use of concrete saws instead of jack hammers.

With an expanded emergency department providing an additional 37 treatment spaces, the Townsville Hospital now has the largest emergency area in Queensland. The hospital project also includes the redevelopment of the medical imaging unit located on the ground floor and a refurbished maternity ward, intensive care unit and plant room.